Three of the best things you can do for your garden this winter.

Great soil is a gardener’s best friend. Hidden below ground level, it’s too often forgotten – until you wonder why your plants are failing to thrive! The answer lies in organic matter.
Organic matter is the stuff that makes topsoil black. It’s where earthworms and vital micro- organisms live and work. For a thriving productive garden we can’t have too much of it. The more we can do to bolster the organic matter in our soil the better our gardens will be. Here are three great jobs for winter weekends that you won’t regret spending time on.

1. Make your own compost

Buying compost, in bags or by the trailer load, is money well spent. But you can make your own for free.

When the leaves fall from the trees consider them a gift! Rake them up or mow them up with grass clippings then pile them on the compost heap, in a cage made from wire netting, or into bags with holes for air movement. Six months later you will have beautiful black compost for your garden.

Compost of course can be made from any recycled organic matter. The secret to making good compost lies in getting the right balance of nitrogen (soft ‘green’ material) and carbon (coarse ‘brown’ material). Too much green, and it will be slushy and smelly. Too much brown and it will not generate enough heat.

Start with a ‘brown’ layer of coarse twigs for air circulation. Then add a ‘green’ layer (e.g. kitchen food scraps, grass clippings) about 20-30cm deep. Then a 50cm layer of brown material (shredded stalks and twigs, dead leaves, straw, shredded paper etc). Next, a sprinkling of blood and bone and lime is an optional extra to speed up the process. You could also add animal manure or a compost activator.

Repeat the layers until the bin is full. Layers sink as they decompose. Cover the heap to keep the heat in and rain out. Turning the compost every few weeks with a garden fork will further speed up the decomposition.

It might sound crazy to sow a crop of plants and then kill it just when it starts to look beautiful, but this is one of the very best things you can do for your soil. Also known as green manure, a cover crop is sown in autumn or early winter and then chopped and dug into the soil in spring.

A cover crop is a great way to rest and revive a patch of soil after intensive vege growing - restoring organic matter, earthworms and beneficial microorganisms. Cover cropping improves moisture retention and drainage. As well as providing bulk nitrogen, it will bring deep minerals to the surface. It also blocks weed growth and protects the soil in heavy rain. Sowing a cover crop will make the soil much easier to dig in spring. As the roots grow over winter they keep the soil aerated and reduce compaction. Cover crops also help break disease cycles.

Cover crop seed is sold in bulk packs. In New Zealand gardens the traditional cover crops are lupins and mustard. Wheat, barley or oats may also be used to add organic bulk. Or a mixture may be sown. Mustard helps against problematic soil fungi but should not be sown in soil that has just had a brassica crop. Lupins add extra nitrogen via special ‘nitrogen fixing’ bacteria in their root nodules which take nitrogen from the air and convert it into a form that plants can use.

Lupin is best dug in just before flowering. If you want to see the pretty blue flowers you can dig it in just after flowering, but flowers will take some of the nitrogen from the soil. You will also need to factor in time for the green matter to break down before you plant your spring crops. Allow at least three weeks, ideally six. When digging in your cover crop, it’s a good idea to take the opportunity to dig in lime and animal manure at the same time.

Mulch is a blanket of organic matter covering the soil surface. This not only saves time and energy spent weeding and watering, but does wonders for your soil as it breaks down. Every time you add another layer of organic mulch you are replenishing the soil and benefiting future plant growth. Organic mulches include straw, bark, pine needles, leaves, wood chip, compost and sawdust.

Before laying mulch, clear the weeds, water and feed with slow release fertiliser, blood and bone or sheep pellets. A thick layer of newspaper under the mulch acts as an extra weed barrier. Make sure you wet it thoroughly. Spread mulch about 5-8cm thick, taking care not to pile it up around plant stems. In winter, mulching helps insulate roots from the cold. 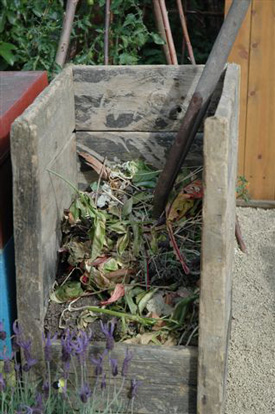 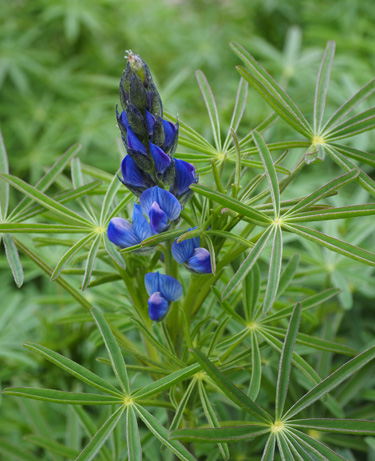