We’ve heard it said many times: “a picture paints a thousand words”.  When it comes to selling your home, that particular saying resonates even more loudly.  A recent study undertaken in Europe and Australia has proven that investment in your garden makes good financial sense.

First impressions count in the real estate game and investing in your garden to enhance its street appeal can increase your home’s value. In the Husqvarna Global Garden Report 2011, more than 5,000 homeowners, real estate agents and valuers from nine countries answered questions about how much a garden can increase a property’s value. The report discovered that compared to renovating your kitchen or bathroom, investment in your garden appears to bring value that lasts.

A well-maintained, carefully planned garden can not only speed up the sale time, but can add up to 16 percent on to the value of a property. So what makes the difference? According to the report, more than half of those interviewed ranked a well-maintained lawn and an inviting social area as major factors in raising a property’s value.

Street appeal, it appears is the key, a finding supported by industry here in New Zealand. Andrew White, director of Napier valuation firm My Valuer, says garden investment will enhance saleability, particularly in the current market, and also improve the chances of increasing the ultimate sale price of a property. “Properties often sell within the first ten seconds of viewing, so first impressions are what count,” says Andrew. “Although every property is different, outside presentation and landscaping is vital in creating a good atmosphere.”

Andrew recalls a specific example which backs up the report’s findings. “Six years ago I valued a property in Hawke’s Bay where the owners were hoping to achieve a $250,000 sale price. They were offered $220,000 but declined, instead opting to invest a further $500 into planting and making the outside more attractive. Within a week they sold their home for $255,000” explains Andrew.

Although the state house still had its original bathroom and kitchen, the owners believed renovating those rooms would overcapitalise the property, and decided instead to invest in the garden.

“Although we often get asked what will increase a property’s value, we can only give value indications if certain jobs were done on and around a home. And it depends on location and other factors as to what is the best capital investment for a property. This was one such case, and occurred at a time when the market was very buoyant. It certainly backs up the findings of the Husqvarna Global Garden Report, with the home increasing its value by 16 percent,” explains Andrew.

Well-designed and well maintained landscaping also reduces the time it takes to get a private home sold. In the report 46 percent of a panel of real estate agents said the time to sell could be reduced by several months, while 55 percent estimated that it could be shortened by anywhere from one to several weeks.

But it’s not just a case of planting a few flowers here and there. An established garden is much more attractive than one that is newly planted as a well-maintained garden’s value will normally rise over time. However, it’s also worth pointing out that the reverse also applies when it comes to outdoor spaces; more than 70 percent of real estate agents in the report believed that a neglected garden lowers property prices by somewhere between 5 and 15 percent, some believing the effect could be even higher.

Often, it’s the simplest least expensive things that give the greatest return on investment. There is much you can do in a garden for a whole lot less than the price of a new kitchen.
A mown lawn and weed free garden beds are obvious starters, and it’s well worth giving a tired old letterbox or front door a fresh coat of paint. Ideally the front garden shouldn’t hide the whole house, but frame and soften the architecture. Landscaping should be kept simple and set the house off to best advantage.

Concentrate on evergreen shrubs grouped in beds with a tidy layer of mulch to keep the weeds down. If space allows, consider a shapely feature tree set off to one side. Invest in a large grade specimen for an instant established look, but be wary of choosing something that will grow too large. Fences and walls should be in keeping with the style of house, and the street. Cheap fences generally don’t age well, so invest in something solid. Alternatively, a well-kept evergreen hedge always looks inviting.

The ‘social garden’ was identified as one of the hot trends in this year’s Global Garden Report. Using the garden as a place where we spend time with our friends and family, have barbecues or just relax.

An attractive, all season outdoor living space is an extension of the house, effectively an extra room and will add value. Ideally it should adjoin the indoor living space or be as close as you can make it. In the interests of resale, bypass the fancy outdoor fireplace and invest in top quality paving or decking. By the time a patio is furnished and populated, the space will seem a lot smaller than it appeared when empty. The bigger the investment the more worthwhile it is to employ an expert, when building hard surface areas. Obvious DIY jobs, inadequately built structures or poorly designed spaces can devalue a property.

The Global Garden Report estimates the average payback on garden investments is 3.1 times the money invested. So if you’re thinking of putting your house on the market any time soon, it’s time to get busy in the garden. It could well turn out to be the best money and time you have ever spent. 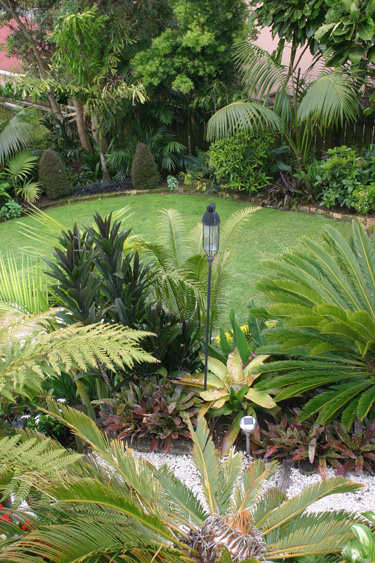 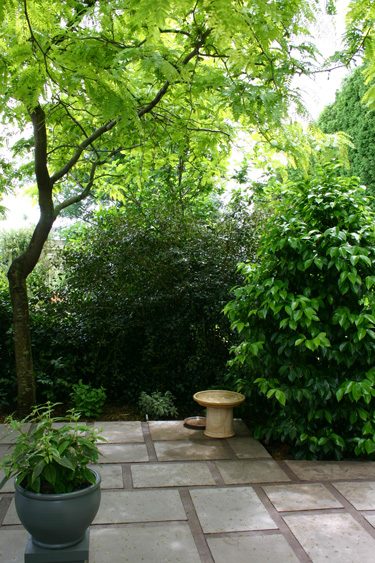