There is something mysterious about root crops. As humble as they look on the shelf in a store, in a garden they are hidden jewels, buried treasure.

Carrots in my garden are a given. It is so easy to discount them as not worthy of the space because they are so cheap. But once you taste one, freshly pulled from the cool earth, a sweet flavour that just can’t be bought will be enough to ensure a place in the garden forever.

Tonight for dinner I pulled up some perfect carrots. Beside shop bought ones I’d be hard pressed to pick which were mine. Until I tasted them. They were so sweet and so good. But it wasn’t always like that. To grow a fine carrot is an art. My carrots haven’t always been so long and straight. Carrots and I have been on a bit of a journey.

The first season I had an interesting harvest. Being completely new to gardening I proudly pulled up that first carrot and then wondered what to do with it. I even asked my brother who is a fabulous chef, “do I have to do anything to it to make it edible?” I assumed as it had come from the ground it would need some kind of treatment. Apparently not. New carrots straight from the ground just need to be well washed. They don’t even need to be peeled!
Now they weren’t magnificent carrots that first year. They were all a little stumpy and more closely resembled an octopus. But I grew them, so we were going to eat them, no matter how hard they were to prepare.

At the end of that first season I was eager to plant out some more and found that if you select the right type of carrot you can grow them all year round in most areas. So as autumn began to shorten the days, I sowed another row. This is when I discovered carrots float! Where we live used to be a swamp and after a period of heavy late autumn rain the garden began to flood. As newbie country folk, fresh from the city we decided the best way to save the garden was to dig great holes and bail out the water. This is a silly idea that doesn’t work. The more we bailed the more the water filled the holes. We realised our folly only when we saw my precious carrots float by.

The following season I acquired a plastic greenhouse and was determined to grow as much as I could in there. I wanted to get a jump on the season. This taught me many things, like patience. Everything has its own timing and not everything likes to be grown in a greenhouse. I had read somewhere that you shouldn’t start carrots off in pots because they don’t like it. I took this to be because they didn’t like their roots disturbed and while true, this is not the reason. But I thought I had it sussed. I sowed them into a length of guttering and slid them into a trench in the garden. I was so pleased because I hadn’t disturbed the roots. It was only a month or two later I discovered the real reason not to plant carrots in pots and trays. Once the tip of the root hits something it sends the carrot off in a new direction and I ended up with an entire row of L-shaped carrots!

After a lot of trial and error and a bit of research, I found that carrots prefer a lump free soil, completely devoid of sticks and stones. These days I dig down as deep as I would like my carrots long, and then I put the soil back after checking it thoroughly for lumps and bumps and pass it through a sieve. It is a tedious chore, but the promise of awesome carrots is just
the encouragement required to keep going.

Last season as I was thinking about my crop rotation and how my carrots always followed my peppers. It occurred to me that peppers are shallow rooted and after a season the soil becomes quite compacted, but potatoes - well you have to dig them up! So I swapped them over and now my carrots will follow the spuds into lovely loose and fluffy soil. Sometimes it is about working smarter in the garden. The other key to good straight carrots is to avoid fresh organic matter.

My parsnips get the same treatment as the carrots.  I’m not entirely sure if this is technically their ideal growing conditions, but when I pull them up after the first frost they are normally enormous, after an entire growing season in the ground so I must being doing something right.  The beauty of carrots and parsnips, aside from the fact they are absolutely delicious mashed together with loads of butter, like my grandmother used to make, is they will stay in the ground until you need them.  None of the frenzied harvesting to be found in the height of summer!

Beetroot all year round

Beetroot is another staple in my garden and can be found all year round. I have found great success with succession planting. I’ve learned the hard way that if I sow all my seed at once I end up with a mountain of beetroot. So for weeks we have it roasted, fresh, and in countless chocolate muffins. The rest are popped into jars and covered liberally in vinegar and pickling spices to be put aside for rainy days. And so they are gone as quickly as they came. My favourite kind are the cylindrical variety as they don’t tend to get too fat, they just grow long and they will always fit in a jar!

Turnips worth a try

Now if you haven’t tried a turnip then I wholeheatedly recommend it. I was sceptical at first as these are probably one of the most maligned vegetables out there. I say throw caution to the wind and grow some, not only because they are super easy to grow, they are a wonderful addition to a winter meal. Turnips are fabulous – who’d have thought it.
As for swede, I have never been tempted to try it. Very possibly because my mother always discounted it with the declaration “Swedes are food for cows”. She grew up on a farm where they were grown as cattle fodder. But I should really give them a go. She never served us Brussels sprouts when we were kids either because she didn’t like them. These tiny brassicas are a firm favourite of mine these days. So I will seek out some swede seeds and now is as good a time as any to pop them in the ground. 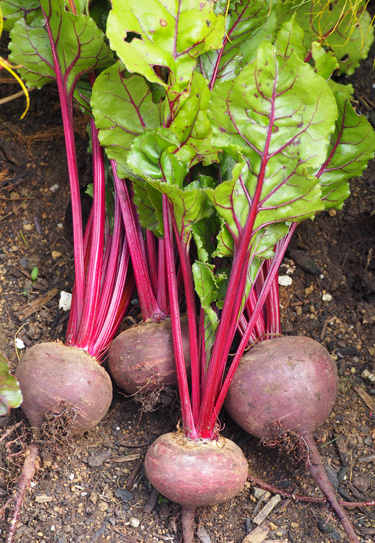 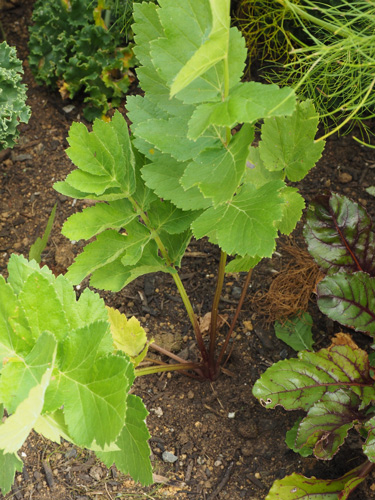