Pride of the patch

Cabbages can be grown 365 days of the year, but they are particularly rewarding in winter when the cooler temperatures turn them sweeter than ever.

Another good reason to grow cabbages in the cooler months is because they like plenty of water. Dry conditions cause them to bolt, meaning they form flower stalks prematurely. This is a common problem with seedlings planted in spring if the weather suddenly turns warm and dry in November.

A third reason to grow cabbages through winter is that once cooler weather hits, white butterflies and diamondback moths stop laying their eggs. Unfortunately though, they don’t stop flying quite early enough and we still need to protect our young seedlings from voracious caterpillars during the key planting time, which is in late summer and autumn for winter harvests.

Be ready for slugs and snails too. As soon as the cool damp weather arrives these pests are out in force.

Cold-hardy plants like cabbages are triggered by a drop in temperature to produce more sugars. This is how the plant protects itself from frost damage, because the higher the concentration of sugar solution inside the leaves, the lower the temperature must be before it freezes. Frost damage only occurs when the fluid inside the leaves freezes.

Planting times for cabbages depend on where you live. In warm subtropical parts of the country, cabbage seedlings can be planted any time of year. But if you want to be munching into your homegrown brassicas by mid-winter you need to get them growing through autumn, which means planting in late summer. Vege gardeners in colder parts of the country plant out their winter crops of cabbage, cauliflower, broccoli and Brussels sprouts in January or February.

If that’s not you, don’t despair. Planted in May, your cabbages will still grow, albeit a little more slowly, and they should be ready for picking in spring. Alternatively you can plant in early spring for harvesting in mid to late spring.

While cabbages are very cold hardy, they are vulnerable to hard frost as young seedlings, especially if they have come straight out of a green house. For late plantings a cloche will give extra warmth while they get going. Make a simple tunnel using wire hoops to support a clear plastic cover (available from garden centres).

Delicious for spring eating are the quick maturing conical shaped cabbages such as Flower of Spring and Sugarloaf. The favourites for winter crops are the drumhead types, including red varieties and crinkly Savoy cabbages. For a small family the smaller growing (and hence faster maturing) varieties like Cannonball, Little Cutie and Space Saver make sense, especially as you’re less likely leave a cut cabbage languishing in the fridge for too long. Eating fresh from the garden is by far the healthiest way to go.

The humble cabbage is packed full of nutrients and such a handsome vege to grow. Those shapely globes, in shades of purple and green, are a real focal point of the winter garden.

Choose a sunny spot with well-drained soil, or plant in raised planting beds. 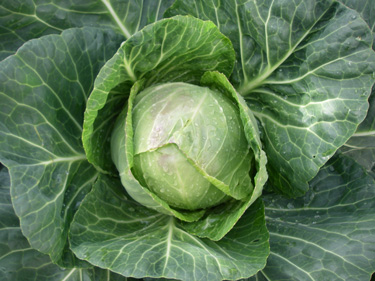 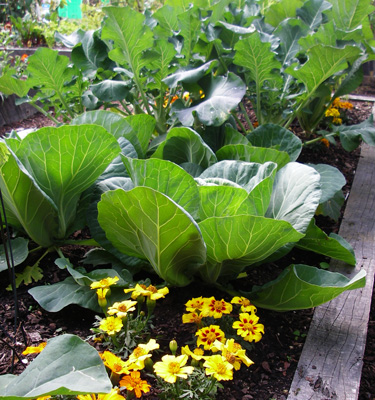